Magnetic settlement system is a device by which any settlement along a vertical line in the ground or embankment is measured. This consists of a vertical pipe and a series of plates which pass through the pipe and are located in the embankment. The plates are equipped with a metallic or magnetic ring. A probe, which is basically a metal detector, is inserted into the pipe and travels along it. When the probe reaches each plate, it detects the ring and notifies the user by an alarm and signal. The location of the plate is read from the graded cable or tape at surface. A pulley facilitated smooth travel of the cable in the hole In some cases, the plates are replaced by a corrugated pipe which is loosely located on the main pipe and can slide along the pipe when the ground settles. At locations of interest, a steel wire is wrapped around the corrugated pipe which is detected by the probe in the similar it detects the plates.

Some of the applications of this instrument are:

Installation of this settlement system usually commences when the embankment project starts and it grows up with gradual progress of the project. The central pipe is built progressively using couplings. Once in a while, a plate is inserted on the pipe and is buried with soil. The plates can move up and down along the pipe freely. Gradually this operation is repeated untill the project is finished. There fore a series of plates are installed in the embankment. The reading is done with a portable magnetic probe which is attached to a graded cable to tape. 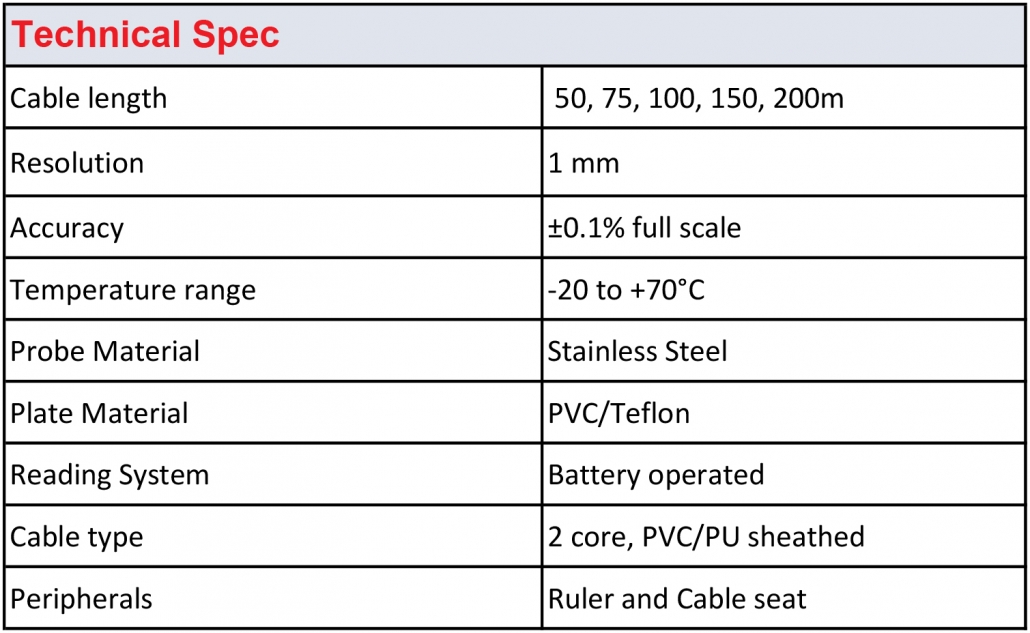